The city of Vienna has forever been associated with creatives: Freud, Mozart and Beethoven to name just three. These and other like-minded souls from the arts, music and science met their peers in what was to become a city institution: the Vienna coffee house. Laterally, during the 1960s artists like Hundertwasser, Werner and von Doderer regularly hung out in these. One can only guess at what was exchanged during their late-night, wine-infused encounters.

Yet the Cafes weren’t just for the gregarious, it provided the more solitary with the ultimate private experience: there they enjoyed the comfort of their own space while surrounded by others. These ’public living rooms’ were open to all, you just had to buy a coffee or a glass of wine or beer and stay as long as you wanted. The concept of a Viennese Cafe has been tried in other cities without success. City and Cafe proved inseparable.

The picture I posted here was taken in Cafe Hawelka, more a city institution than a cafe. It has an unprepossessing exterior, lurking shyly in Dorotheergasse, a side street off the fashionable Steffanplatz, a ‘stone’s throw’ from Am Graben, the most expensive and elegant shopping street in Central Europe. Started by Leopold Hawelka and his wife Josefine in 1939; this proved bad timing, military service beckoned and Leopold was called up. The café had to be closed with the outbreak of WWII. When hostilities ended in 1945, with the building largely intact, he and Josefine lost no time in opening its doors again.

The following years saw Café Hawelka becoming a meeting place for writers, painters and actors. Indeed, writers often considered it their office. Waiters never pressured customers to buy another drink. For the price of a coffee or beer, customers could browse the free papers, read (or write) a novel or just contemplate. All under the watchful eye of proprietor Leopold!

In the wake of visitors like Bill Clinton, Václav Havel, Peter Ustinov and Andy Warhol the small cafe became infested with tourists. Despite this, Leopold stubbornly resisted modernisation. The interior is largely as it was in the 50s, his only concession to modernity: an espresso machine!

When I first visited the cafe almost twenty years ago to do some pictures for Alamy https://tinyurl.com/ybaeve7k I briefly met the famous host. Then in his nineties, sharp-eyed as ever, watching over his tables while seated near the entrance. When I pointed my Nikon is his direction I got not a picture but a dismissive wave of his hand. But ever the charmer, it was followed by a mischievous smile. To mark his hundredth birthday, in 2011, a postage stamp was issued in his honour. Leopold, son of a Bohemian shoemaker from the village of Kautendorf in Austria’s wine region, died in 2011.

Editing some of the pictures from my trip to China. Before I arrived I expected to find a communist country that was slowly embracing a market economy. A ‘without frills’ society, perhaps doing somewhat better (in terms of personal wealth) than Cuba. Oh, how wrong I was. None of your frugal, ‘East German’ style ‘commie’ austerity – everywhere we saw gleaming skyscrapers, designer boutiques and every brand of luxury car you could think of. All the time Liz and I were there we only came across one beggar, just one! But more importantly, there was no one sleeping on the streets.

I don’t expect you want to hear my life story, do you? I thought not! However, as you came to my blog and perhaps considering hiring me, there are a few things you’ll want to know. Principally, that I am someone that you can trust to deliver…… 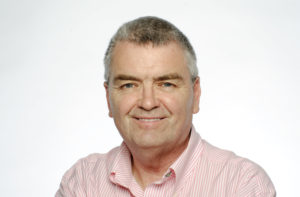 OK, I want to keep it brief.  Over a career spanning almost three decades, I’ve seen quite a bit. I must have covered more than 500 weddings, countless shoots of buildings for architects and interior designers and the like, dozens of PR campaigns and did I mention 20 years in news photography, covering stories in my own area and nationally?

Now I’m quietly proud of some career ‘high points’, like winning the Irish Professional Photographers Association’s ‘Photographer of the Year’ for one, as well as bagging dozens of other awards and distinctions, both in Ireland and abroad.

Over the last few years, I have added another string to my bow, travel photography. Two months or so of every year sees me travelling, supplying pictures to agencies like Getty Images, Alamy and Shutterstock to mention just three. Through them, I have seen my work appear on book covers, travel websites and countless travel supplements of newspapers all over the world.  It’s a growing part of my work and a wonderful experience: shooting skylines in Manhattan, Buddhist temples in Korea or the jaw-dropping architecture of the United Arab Emirates.

There’s more to pro photography than pretty pictures. If I have learned anything over the years it is the importance of ‘delivering the goods’ for my clients. You may want a shot that shows off the product you manufacture to its best. Or, you just need a headshot for your social media. You’re welcome to drop into my studio, it’s purpose-built, with a dressing area, kitchen (for food photography) and I serve a mean cup of coffee! There are a thousand ways my photography can help your business or your own personal journey. Let’s talk!