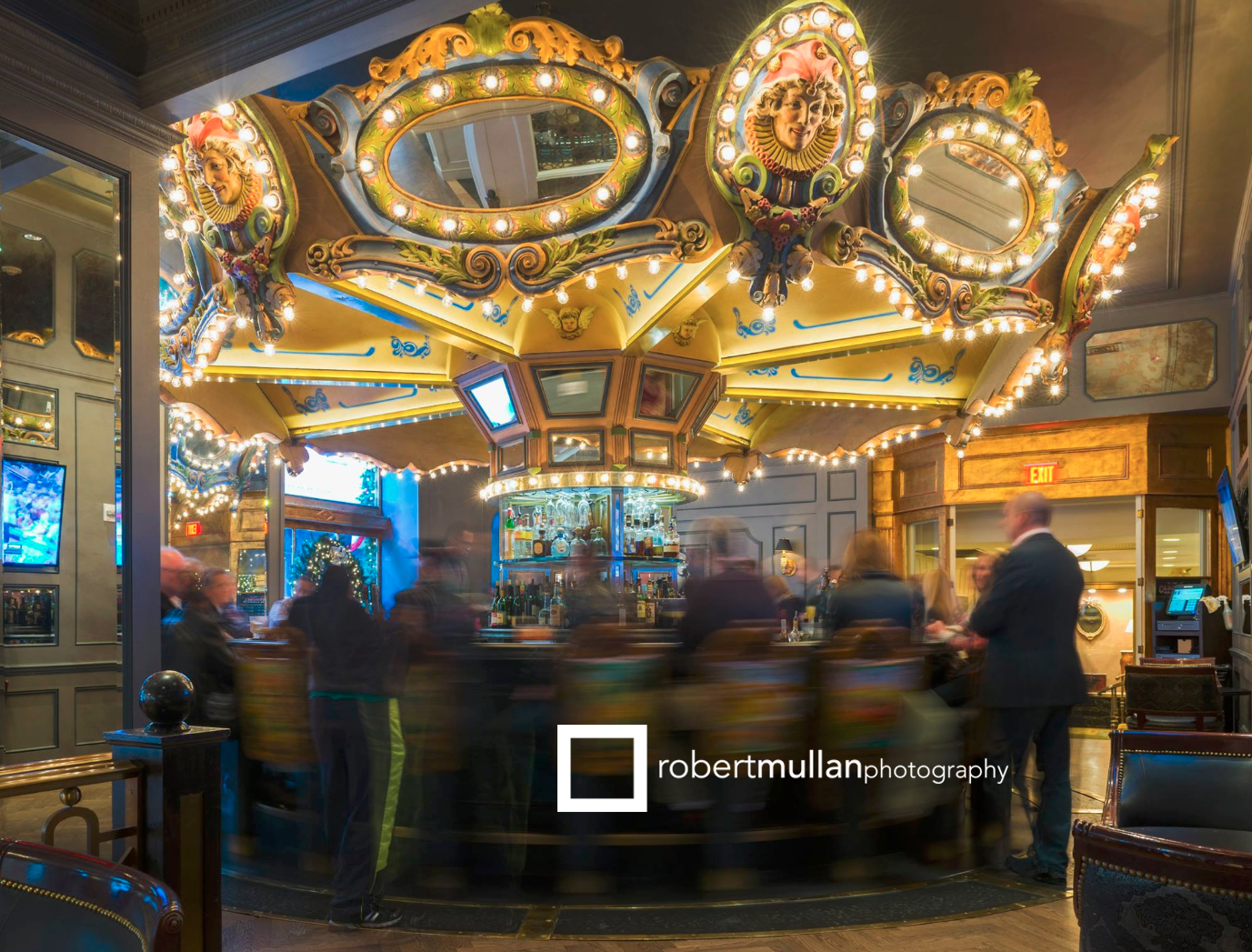 The Carousel Piano Bar in Hotel Monteleone, part of the  French Quarter of New Orleans, was a favourite of writers pretty much since it opened in 1949. Hemingway, Faulkner, Capote, Tennessee Williams numbered amongst its regulars.

This opulent, rotating, carousel-themed, bar in the centre of the room makes it a ‘must see’ for visitors to the Louisiana capital. It performs four complete, gentle revolution per hour. Now it felt quicker when Liz and I tried it last year, but there are also booths and tables for those who would rather not spin.

Hotel Monteleone is a literary landmark in its own right. It crops up in the works of Tennessee Williams, Ernest Hemingway, Eudora Welty to name a few. Truman Capote once even claimed he was born there (not true). The hotel still family-owned opened in 1886. It has stubbornly hung on to its unique charm and character for over 100 years. It took several shots (photographic and NOT alcoholic), at different shutter speeds, to get the right degree of blur in my picture.